The Resilient Foundation trains communities from rural and marginalised backgrounds in emergency preparedness. This builds ‘risk identification’ and ‘first response’ capacity among civilians to reduce loss of life and property.

Building capacity of first response and risk identification in civilians to reduce hazard and vulnerability and save lives.

The idea of TRF came into being with the acute need for a disaster management platform for common citizens was felt due to 2 personal experiences of Mr. Bhupendra Mishra. In 2005 he suffered a near-fatal accident. At that critical time, his sister, who had an awareness to respond in such an emergency, handled the situation and he received the required treatments. This incident started him on a journey to respond to such cases and save as many lives as possible.In 2009, he saved a life during a train accident in Maharashtra, for which he was recognized through the President’s Award in 2012. During these incidents, he realized common citizens need more awareness about the processes to handle such emergency situations or disasters. 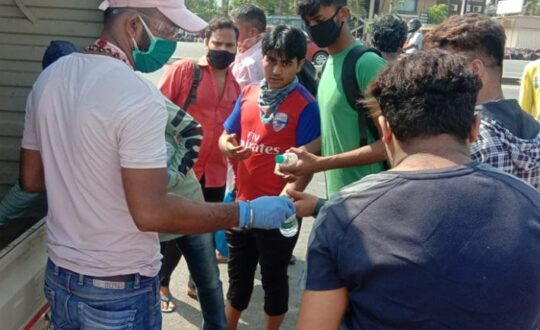 This lack of awareness has increased citizen’s vulnerability and has increased life and economic losses. This highlighted the need for a dedicated organization focused to build resilience in common citizens. Thus, he conducted several training sessions on disaster management. In 2015, he took a pilot-study on disaster risk reduction with 60 school children in Thane during Gandhi Fellowship, and the outcomes showed instant need for interventions and thus the concept of The Resilient Foundation(TRF) materialized. In 2018, TRF was established under Indian Society Act-1860, based in Palghar, Maharashtra.

GET IN TOUCH WITH US